If you have not already know, I bake. I bake as a medium to channel my creative side. I bake because it makes me happy (provided the cupcakes/cookies turn out great). Anddd.. I also like to celebrate. These cupcakes are a bit special because I baked them to celebrate a close friend’s triumph on getting a (very) good result on his exams.

I remember him drinking a lot of coffee when he’s about to study, and I used to make fun of him drinking decaffeinated coffee (seriously, I still don’t understand). So I thought I’d make a coffee-based cupcakes. This time around I found the recipe from Cupcake Jemma and I tweaked it a little bit. 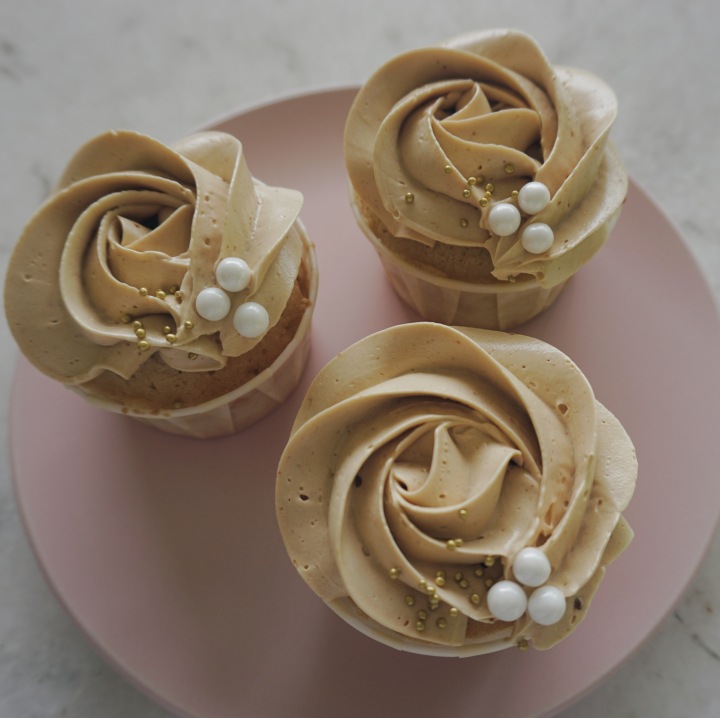 Mum LOVES the cupcakes! And Dad (he never eat any of my cupcakes btw) ate half a cupcake and told me that it was worth selling. Hehe I’ll take that as a compliment, thank you 😌. Initially, I planned to include the recipe on this blog post but then I realised that the recipe is too long for this post! 😅 However, if you want to try making the cupcakes, just look up the recipe on Cupcake Jemma’s Youtube channel.

And guys, I’m soo excited. Let me do a mini haul. I don’t know how hauls usually work but I’m really excited to show you these activewear I bought from Olloum and TudungPeople. If you don’t know the brands, you can just google them. 😊 Basically, in 2018 I want to focus on weight loss since the medications I take ballooned me up. I used to run, but honestly I think I have to build up my stamina before I start running again.

So, I thought swimming would be a great starting point to start this month. I haven’t properly swum for the longest time and I had only one swimming suit that I bought when I was 15 years old or so (which I can still fit 😛 #nakjugak) Thenn… Olloum announced that they’re having a 50% off sale for their activewear! What a great news. 😆 I’ve been eyeing their swimwear for quite some time now but since the price is a little over my budget I kept putting it off. As soon as the sale started, I immediately bought the swim wear top and pants like there’s no tomorrow! 😂 I have always disliked the design of “burkinis”. I’ve been wearing something similar to the diving suit all my life because heck, I’m never wearing one of those “burkini” haha. So when Olloum came out with such modern swimwear design, I have to get my hands on them! I got this pair.

And I wanted to buy the headscarf to go with my Olloum swimwear, I search on TudungPeople’s website as I kind of remember that they released sport hijab a while ago and the price was pretty affordable. Well, it was my lucky day because the day I looked for TudungPeople on their website, they just launched their new and improved version of Najwa Sports Hijab and Shawl. I was very tempted to get the shawl, but soon realised that I need the hijab version so I could tuck it in when swimming. So I bought this. 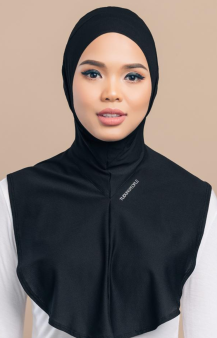 Um okay I think I wrote too much for an entry. 😂 I’ll stop here. Until next time!! Oh last one last one. I just received my Olloum swimwear and my first thought when I tried it on was, “Ahh no wonder it’s quite pricey before discount. The quality was beyond what I expected.” Too many more Olloum sales! 😝